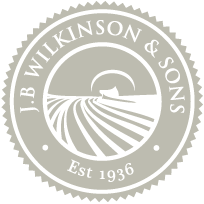 visit us in our six butcher shop locations

Yorkshire Butchers JB Wilkinson & Sons (Quality Butchers) Ltd was started by Mr Wlkinson in Guiseley indoor market, in the early 1930s we moved out of the indoor market and opened a high quality butchers shop next to Guiseley theatre. After few more years we opened another village butchers shop in Bramhope around 1940. During this time Mr Wilkinson got married and had 2 daughters but had to go to war leaving his wife to run the shops single handed. Mr Wilkinson had a hard 4 years on the Burma railway as a prisoner of war after being captured in Singapore.

After the war Mr Wilkinson had 2 sons and they would both go into the business. Stephen Wilkinson in the 1960s and Jim Wilkinson in 1970s. 1970 saw Stephen take on a busy town street butchers shop in Horsforth, then after few successful years a shop in Otley was bought, followed soon after by Wetherby, the plan to open more Yorkshire butchers shops in Market towns in the area was paying off, the next addition was Knaresborough.

Around 1980 a Rawdon business owned by the Rigg brothers, who were looking to retire, came up for sale, the Rigg family had owned a butchers shop in Rawdon since the 1890s and this business was unique in that it consisted of a shop with a bake house & an abattoir with cutting & preparation areas. This would make a perfect base from which to service all our shops. There were no more planned expansions after this, however Joseph & Kate joined the business & then one more shop was added, Claytons an old established Butchery business in Ilkley was offered for sale as the owner was unwell and although Ilkley had not been planned its purchase turned out to be a very good investment as this is now our flagship store.